blurring the line between the ludic and the ludicrous

We came to Darmstadt to develop the first iteration of a multi-year, multi-site project about foodways, about the mobilities of alimentation, about the ways that foods and the culture that surrounds them circulate. From our thinking as we developed the project:

Food moves. It travels from farmer to vendor and from vendor to consumer. It travels by air, boat, rail, and truck as well as on foot or by bicycle. It moves from the refrigerator to the stove to the table to the waste bin to the compost heap and back to the garden. And food also moves through our bodies, traveling thirty feet from entry to exit.

In the Foodways series, we draw living social “maps” to explore how people grow, move, transform, prepare, eat, and talk about food. We explore each site’s foodshed and foodscape idiosyncratically, through the narratives of local participants: eaters, growers, vendors, and others located in in the food chain.

Although many people we met chose to emphasize the localness of their own foodways, and while we frequently celebrate (and practice) localism ourselves, Foodways does not necessarily privilege the local over the global. Rather, we are fascinated by all the ways in which both the local and the global are components of almost every foodscape, food shed, food way.

We had a month to develop a first version of the project in Germany.  In February, we’ll go to Melbourne, where there will be six months to create the project.  Then during the 2016-2017 academic year we’ll bring it back to the United States for a yearlong version in Madison, Wisconsin.  At each site, the work will be developed with local collaborators and will be differently structured to reflect local contexts and resources.  We think of this as our metaphorical sourdough starter but we’re also planning to carry a literal sourdough with us from site to site, negotiating airlines and import regulations. 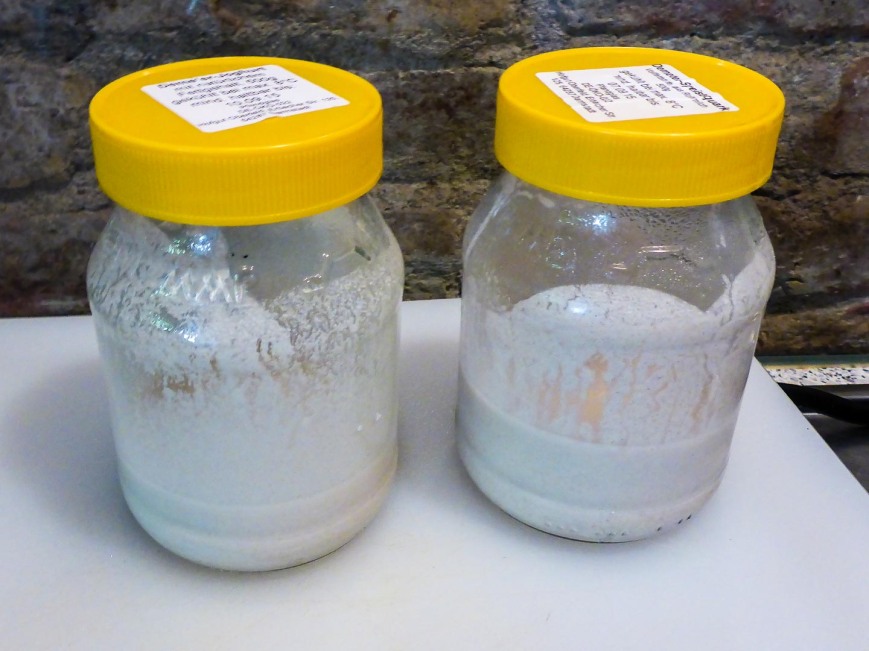 We already have instructions from the Dept. of Agriculture in Australia about how to properly transport, document, and declare our wild yeast sourdough culture.

In Darmstadt, Foodways had three components or processes, which included public events on four consecutive Saturdays but were really also made at many, many meetings in between.

Getting set for our second #recipebox #potluck More to come (link in bio)
The (approximation of the) famous jellied carp with grapes! #recipebox #potluck
Getting ready for the first #recipebox #potluck !
Between our families, there's a lot of #aspic ! #recipebox
Lovely contributions to our #recipebox project @mmocamadison and such great conversations (are we suppressed to have a #linkinbio ?)
Folks are making our work! #witriennial2019
%d bloggers like this: